We’ve all had pet projects that have struggled to find success that we have to reboot or scrap. I’m here to talk about one such game here at Funovus, and the lessons we’ve learned from it. Meet a game called Merge War!

The Dream: a RTS-Lite for Mobile

Every game starts as a dream. Our team has RTS roots and an enduring passion for the genre which is sadly becoming more niche.

At Funovus, we’re creating an engine that makes solo game dev viable for everyone. Even with no code or art skills. While we’re developing it, our designers use it to pursue their dream games independently!

So one of our designers had a big dream: bringing the RTS flavor to mobile in an accessible way. He was able to make the first prototype quickly. It borrowed the merging from Random Dice, turn-based drafts from Artifact 2, and the core loop of Battle Legion.

Players took turns drafting minions. Two of the same type of minion could be merged together to form powerful ranks. This created a fun and intuitive way to build RTS armies in a mobile-friendly way. Players drafting from the same pool of minions meant players could sabotage the opponent’s best draft in the next turn. This added exciting situational strategic depth - Merge Wars was looking to be a hit! 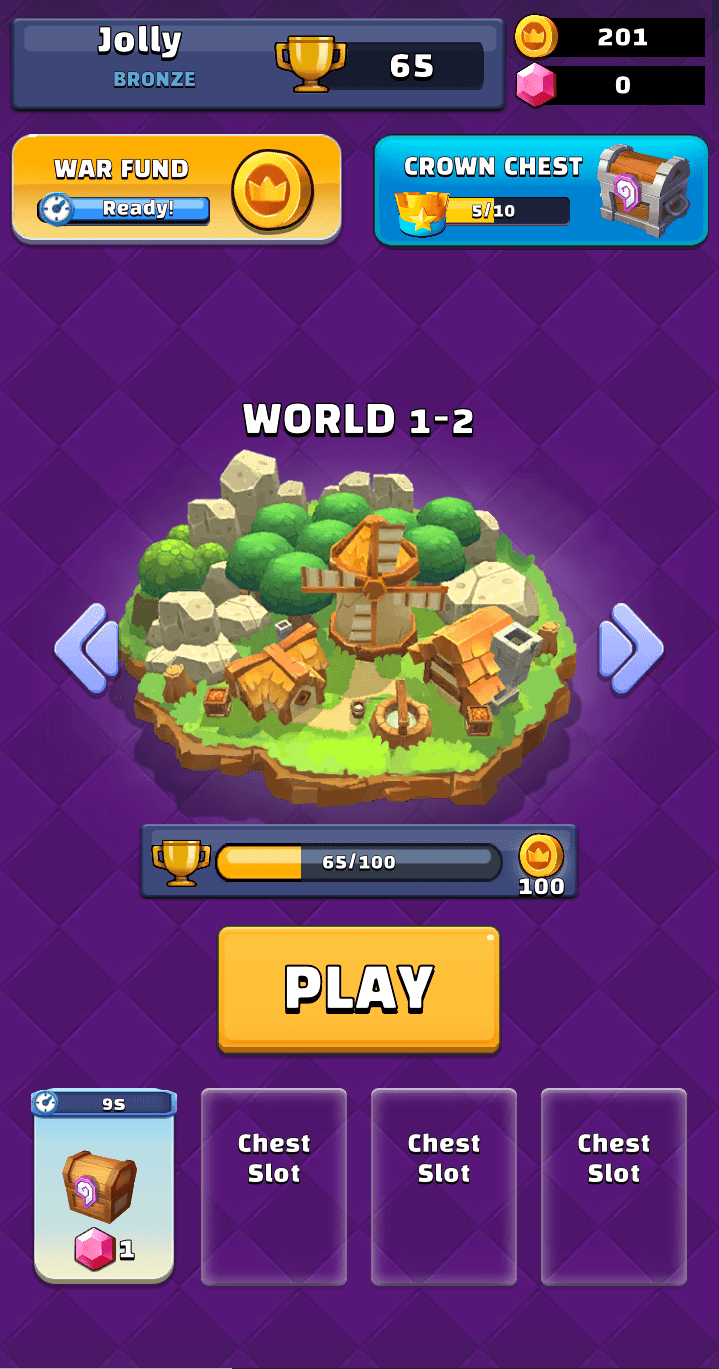 While our engine supports multiplayer, very soon we realized Merge Wars couldn’t rely on it. It’s difficult to get a big enough player base for healthy match-making, adding to the already difficult challenge of bringing RTS to mobile. Therefore, the game had to be fun to play against bots.

So we pivoted the gameplay a bit, trying to make it more PvE focused so that even without enough players in the queue it would still be just as fun. But Merge Wars was struggling to find the fun. Without PvP, the drafting choices lacked strategy and the game felt shallow.

One of the good things about Funovus is that although individual designers can create games independently, we can also support each other as a team when needed. We are very solution-oriented: Merge Wars needed iteration to find the fun, but iteration speed was slow on the technical end. We also wanted to polish the game to make sure a lack of polish wasn’t being confused with a lack of fun. This is where I was brought on to the project as well to help with the technical side and polishing, so the original designer could take a step back and focus on the core design problems. We were hopeful that with collaboration, Merge Wars would overcome the obstacles in its path!

So we tried to reboot the game a second time, searching for the big change that would make things click. But it never did: every tweak or new mechanic we tried still left the game feeling hollow, lacking something that made it click.

The problem? PvP was a core design pillar that sparked the Merge War dream. It just wasn’t fun anymore without competition between real players when drafting armies. In a RTS game, playing vs bots is rarely the most popular mode: it’s just not as engaging as PvP or a story-driven campaign.

Rebooting the game to PvE was a contradiction: Merge War had lost its spirit. After a while of trying iteration and polish we decided to shelf the game to move on to other projects, abandoning the app on the google play store as it was. Sometimes in the games business, you have to know when to give up. Making games is an art not a science, and sometimes it takes a few tries to to find the secret sauce that makes a game fun. Especially for a studio like ours where our engine makes it easy for designers to create new games, sometimes it makes more sense to cut our losses and try for something new rather than falling for the sunk cost fallacy. 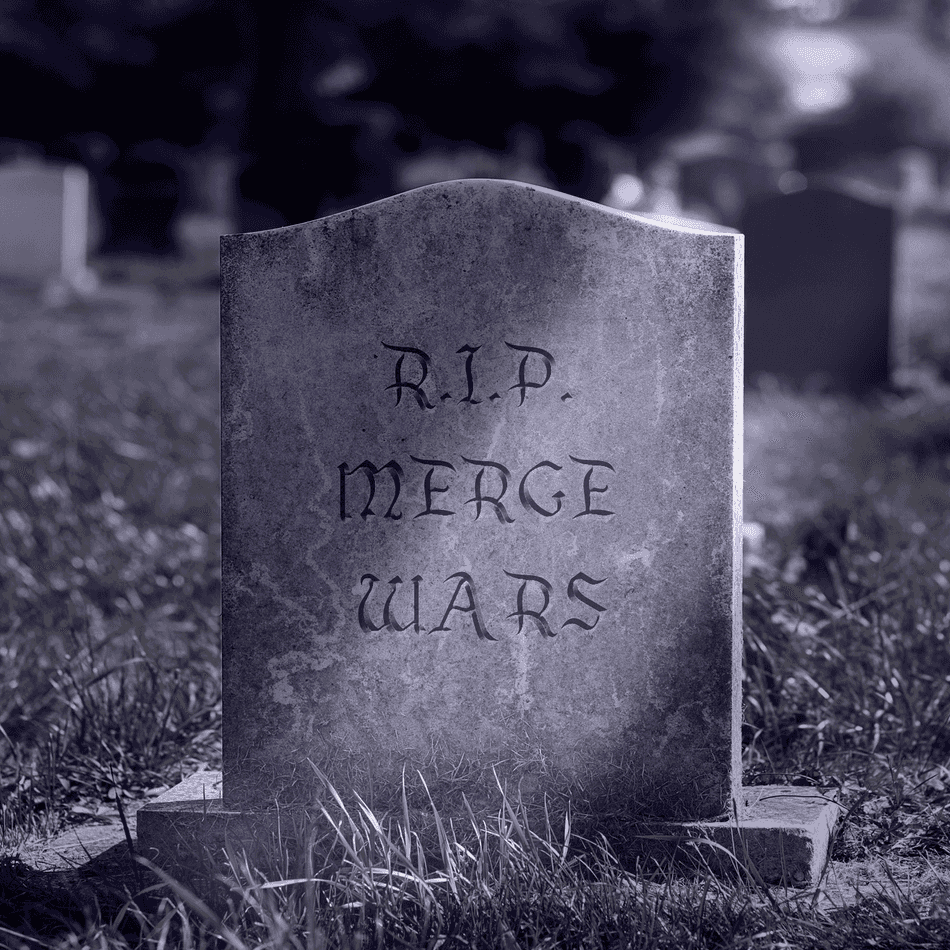 Months later, we were surprised to find that even without any further updates the game was constantly getting downloads! This is highly unusual for an abandoned app. We decided there must still be a kernel of success in Merge War, even if the current iteration was flawed.

The original designer was now busy with other projects, so Merge Wars was passed to another Funovus designer who is more interested in PvE aspects. He made significant changes to the game in order to bring fun and depth to the gameplay to fill the void in the absence of the PvP gameplay.

He decided to add roguelite mechanisms such as picking a random unit perk every 3 floors. Maximum merge rank was increased from 3 to 4, and instead of drafting a single unit each round, the drafting was changed to a shop system. With PvP removed, players just drafted the strongest minion which was a big problem with the previous iteration. But with a shop system and varying costs, choosing any unit became viable, reinjecting strategy into the game.

He also added an “elixir” system which allows players to tap the ground to cast an area to heal the units. The final new mechanic was to give nearby units reinforcement points when merging. Each unit’s reinforcements grid is different. It has two benefits, making the position of each unit more meaningful, and gives a great positive feedback by managing to create a unit with massive reinforce value.

These additional mechanics also create more perk options for the roguelike perk system. Though the gameplay now had more depth, every level felt the same and there wasn’t as much depth in the formation and positioning of minions. We wanted to find a similar feeling when you crush the special blocks in a three-match game. The answer was to add special NPC objects to the player’s board. At first they have neutral or harmful effects, but the reinforcement bonus from merging troops turns them positive.

This addition added more depth, variety, and ability to control the difficulty of levels. With the session length at a good time, the next focus will be optimizing retention: keeping players coming back. Although Merge Wars has a new lead designer now, all of the designers at Funovus have a weekly meeting where we share progress on each of our games and give each other feedback and encouragement, so the original creator of Merge Wars and I continue to support the current designer as he develops Merge Wars.

When a game pillar changes, don’t fall for the sunk cost fallacy. When a tough major decision is made (e.g. changing from PvP to PvE) our inclination as game designers is to keep our work from being wasted. In reality it’ll be better for the game if the designer throws out this fear and reconsiders the game from the ground up to properly replace this pillar with a new one. In the case of Merge Wars, we needed to take more drastic actions when PvP was removed instead of the smaller changes of course that we tried.

Just like merging creates a more powerful minion in Merge Wars, designers working together are more powerful. Merge Wars is a better game now because of the collaboration between designers here at Funovus. Although we still try to let individual designers have a high degree of creative control over their projects, more and more we’re trying to avoid having a designer working alone.

Sometimes a game you’ve given up on is actually just a few steps away from success. Although it can be good to take a lengthy break to gain some perspective, consider returning to projects you once gave up on.

Funovus has open positions for Technical Designers (and other positions) at funovus.com/careers if you want to join us in making games in a creatively independent yet collaborative way. Keep following our blog and social media to join us next time for a look at our Art pipeline and our UI creation processes.